This was a jelly roll mystery that we did at the guild.  I attempted to do Angela Walter’s “Swirl Chain” again.  (It’s a FMQ pattern that my cousin, Terry, recommended).  I tried, but in the end, I ended up doing my own thing.   But you know what? I’m totally fine with that and it’s DONE!!!  In the end, I like the echoed swirls and echoed teardrops – it gives it a nice texture.  (another UFO bites the dust!)

When I first started FMQ, I had an ugly quilt – really really ugly and I used it to practice on.  It was great as I didn’t have to EVER take out a single stitch.  I could use any colour I wanted and I practiced away.  I still have that quilt … somewhere … and it could probably be re-purposed into absolutely nothing at all.

When I was with my sister last week, she mentioned that she wanted to start doing some FMQ.  I told her about my ugly quilt and how it was great to practice on.  She has only made one quilt and one bag – so she doesn’t have anything ugly.   THEN … I had a brilliant idea!  Oh yes … it’s brilliant!!  I have this super ugly quilt that I’ve sandwiched and attempted to quilt – but it’s ugly and I used the wrong colour of thread to boot!  And I don’t want to take the stitching out.  SEW …. I’m going to give it to my sister … she can hack it into 2 or 3 smaller quilts and practice her FMQ on it. And, sorry, it’s way too ugly to spend time taking a picture!

This is brilliant because 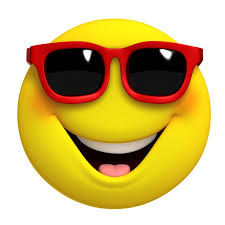 18 thoughts on “My first August finish!”

Appliqué Block of the Month

Sew It and Show it

Sew It and Show It